Are Registration Fee and Stamp Duty Mandatory on Property Resale

Key-Points to Check before Investing in Real Estate

Are Registration Fee and Stamp Duty Mandatory on Property Resale

As per an E&Y report on Indian Real Estate from 2015, it is the second largest employer and contributed around 5 percent in the country’s GDP. However, there are many barriers this sector experiences in terms of monetary policy and economic conditions. One main obstacle is the execution of various indirect tax levels- Service Tax, Excise, VAT, Stamp Duty and Registration Fee. To minimize the double taxation, culture and simplify the tax structure, the government has launched Goods and Services Tax. From the real estate analysis, there will be no double taxation which will help developers to launch many projects. As per buyer’s point of view, GST will help to cut the cost of raw materials and the benefits will be passed by developers to them. As included in the name, GST is applicable only on Goods and services. 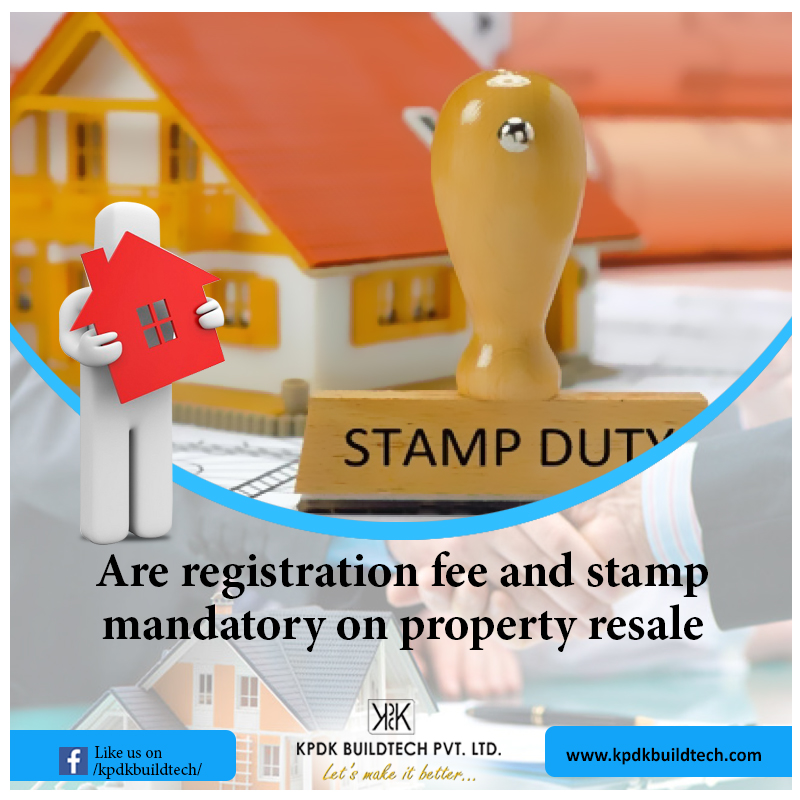 As per the GST rules, new residential projects in Delhi NCR which have already been issued completion certificate by the government will not be considered as a service. Thus, these “ready to move in” homes will be excluded from GST, so they might cost more compared to under construction projects to buyers. Under construction projects will get several benefits of lower raw material cost and developers can pass those benefits to customers too.  The difference is that, these under construction projects will be covered by works contract and hence considered as a service. Residential rental properties are already exempted from GST but there will be 18 percent GST applicable on commercial or industry rental property earning over 18 lakh annually.

The government has imposed 18 percent GST slab on under construction properties. However, only 12 percent is the actual effective tax due to the benefits of input tax credits to developers. The first buyer has to pay this 12 percent to the developer along with stamp duty and registration charges. But in case of resale, of property this 12 percent GST is not applicable on buyers, yet they have to pay the stamp duty and registration fee too. Compared to the previous “unmanaged” culture, the government has came up with policies like RERA, REIT’s and GST, that are going to boost the slow pace in real estate. The policies are quite beneficial for new buyers along with many ready to move in options by developers.

In a nutshell, the GST is to be paid to developer by first buyer and will not applicable in re-sale of property in Gurgaon.  Additionally, registration fees and stamp duty are separate components.