Carnival Cinemas is a well known name in the entertainment industry. Founded in 2010, it has rapidly risen in reputation and is now the third largest multiplex chain operator in India. Part of Mumbai based Carnival group, it was established by Shrikant Bhasi with just 3 screens. The series of acquisitions haspushed this cinema to third position among multiplex operators with more than 341 screens across 89 locations in India including major cities such as New Delhi, Mumbai, Hyderabad, Navi Mumbai, Ahmedabad, Kolkata, Nasik and more. 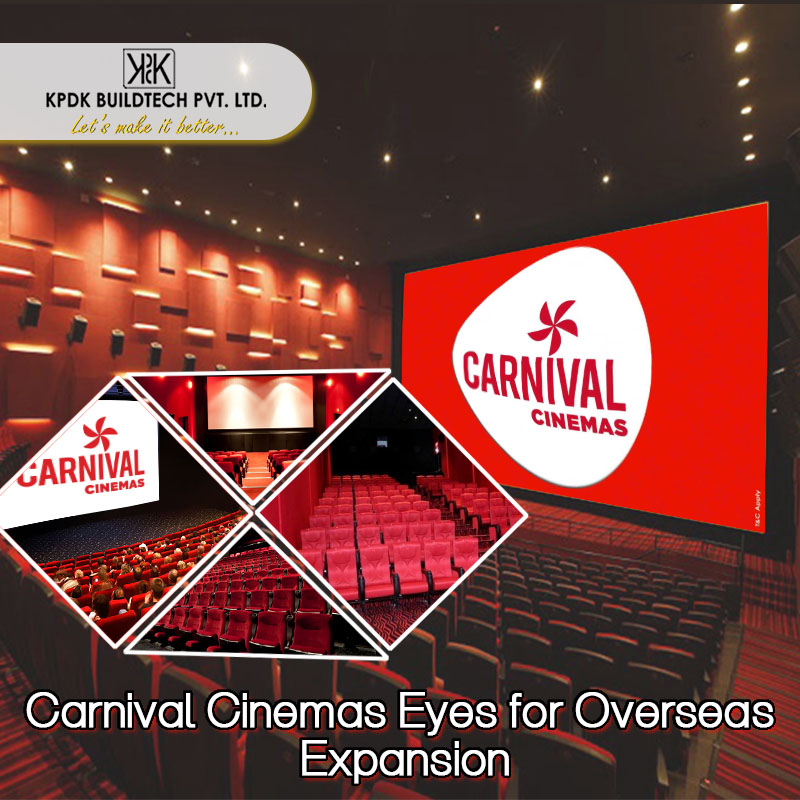 Carnival Cinemas was one of the late entrants in cinema exhibition space and grew its business fast on clutch of acquisitions, including HDIL’s Broadway, Anil Ambani’s Big Cinemas and Network 18’s Glitz Cinemas. The company targets to get 1,000 screens by 2020. Since April, the company has purchased 35 screens and planning to add 150 more in next two years. It is also coming up with an 4 Screen Multiplex at Newtown Square – a premium mixed use Commercial property in Gurgaon.

Carnival forayed into international market in August last year. It had acquired old property, Bombay Talkies, which was closed down after local banks winds up proceedings against property. The companyis now looking to enter into Asian countries with high Indian expats such as Indonesia, Middle East and Malaysia. According to news, the company is now looking forward to purchases screen in Malaysia. It has three large multiplex chains and company is ready to spend Rs4 crore per screen there. Carnival Cinemas has recently acquired two new properties in Singapore. It has acquired Rex Mackenzie, with more than 700 seats and Rex Golden Mile with single screen with more than 1,000 seats for Singapore $3 million. Rex Cinemas Mackenzie is located near Little India – considered as hub of Indian community, while Rex Golden Mile is in upmarket shopping mall. Both these properties are famous for playing Indian films, mostly Bollywood and South Indian.

The company has signed to provide its services through one of new commercial projects in Gurgaon – Newtown Square. As per the long term vision of the entertainment group promoters, Carnival is expected to be one of the largest multiplex chain operators soon.

Commercial Projects in Pataudi Road – Invest in the Best